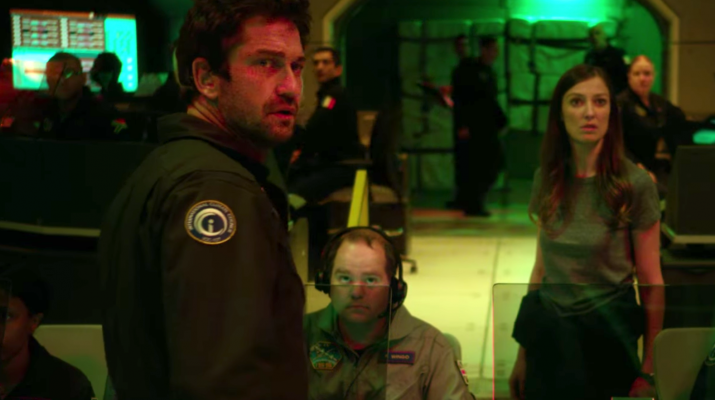 Try to control Mother Nature and you will pay a heavy price. That seems to be the message behind the upcoming disaster movie, Geostorm, directed by Dean Devlin (the man behind Independence Day) and starring Gerard Butler, Abbie Cornish, Jim Sturgess, Ed Harris and Andy García as the President of the United States.

Coming to theatres on October 20, 2017, the sci-fi production will follow in the footsteps of The Day After Tomorrow and 2012 by offering a dramatic approach on climate change and the future of the human race.

What we know about the story: Gerard Butler will play Jake, an engineer who enters a race against the clock to prevent a network of satellites designed to control the global climate from wiping out the Earth, while his brother Max (Jim Sturgess) discovers a plot to assassinate the president.