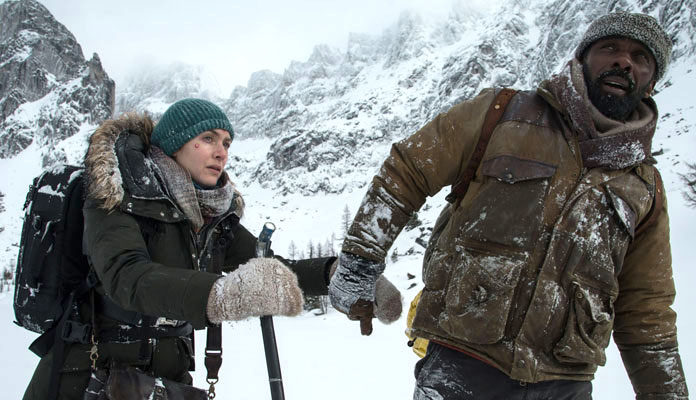 Directed by Hany Abu-Assad, The Mountain Between Us will follow the tragic fate of Dr. Ben Bass (Idris Elba) and photojournalist Alex Martin (Kate Winslet) as they end up stranded in the middle of snowy mountains following a plane crash.

Presented as a romance-disaster movie, The Mountain Between Us is the adaptation of Australian author Charles Martin’s 2011 novel of the same name.

Michael Fassbender and Margot Robbie were initially meant to portray the lead characters of the film mostly shot in Vancouver, British Columbia, but were later replaced by Elba and Winslet after they both dropped out of the project. Dermot Mulroney and Beau Bridges are also part of the cast.

The Mountain Between Us is scheduled to come out on October 20.