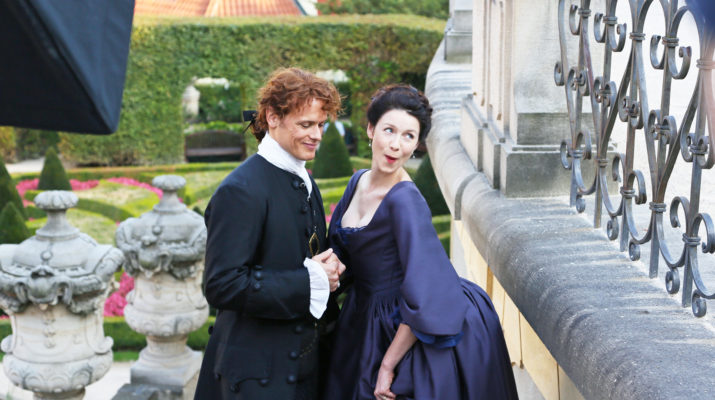 With the third season of Outlander currently in full swing, which has us all waiting impatiently to discover what fate has in store for our beloved time-traveling couple Claire and Jamie (who, by the way, seriously took the “It’s complicated” relationship status to the next level), we thought the time was right – before another tragic event hits them – to offer a lighter, happier side of Starz’s historical drama by sharing a must-see, hilarious behind-the-scenes look at the popular series.

Portraying the lead characters in a story as intense as that of Diana Gabaldon’s novels is far from being a cheerful job. And that probably explains why Caitriona Balfe, Sam Heughan (who play Claire Randall/Fraser and James Fraser) and their co-stars tend to unwind by fooling around quite a bit between and during takes, as demonstrate the bloopers from the show’s first and second seasons, below.

If anything, these funny videos from the set clearly make us love the actors and the show even more!