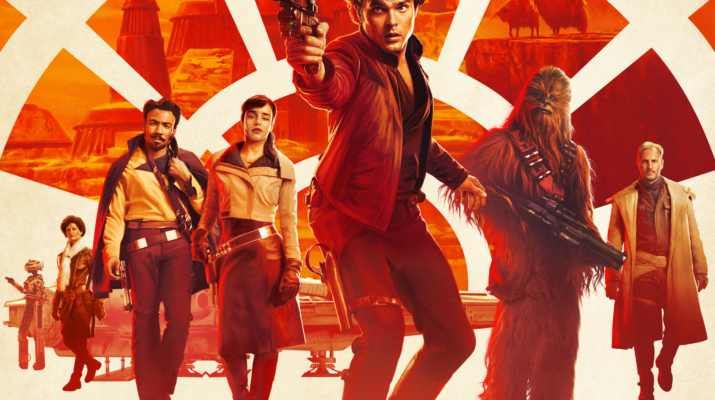 Fans who missed the charmingly cynical Han Solo can rejoice, the bad boy is back! (Just not during the same timeline, which is fine given that the Star Wars universe spin-off Han Solo: A Star Wars Story explores the turbulent early years of the smuggler turned hero.)

Cursed with reports and rumors that affected its reputation even before the movie was released in theater (like, Ehrenreich needing an acting coach to correct his said poor performance, editor Chris Dickens being replaced with Pietro Scalia and, of course, Chris Miller & Phil Lord getting fired for “creative differences”) Solo is far from a masterpiece but turns out to be much more satisfactory than suspicious minds would have expected.

Good but not special

Let’s be clear, Ron Howard’s Star Wars prequel “isn’t groundbreaking” BUT “it’s different and very well cast—and that’s enough.” “The movie is a good old-fashioned linear piece of storytelling” filled with witty “creature designs,” “striking” visual production that also contains “a few surprises.” However, it tends to seem “too long” and “even the action feels perfunctory.” “A curiously low-stakes blockbuster,” Solo “doesn’t take itself too seriously, but it also holds whatever irreverent, anarchic impulses it might possess in careful check.”

“Not particularly daring or innovative,” but “nonetheless entirely competent and enjoyable,” the film wins when it comes to its actors’ excellent performances. While the script “is capable but unremarkable, as is Howard’s direction,” the cast “consistently elevates the material.”

The leading man, Ehrenreich, “has an easygoing charisma and does not make the mistake of trying to impersonate Harrison Ford,” “Harrelson’s Beckett is better and more lived-in than his Haymitch from the Hunger Games movies,” “Clarke does perhaps her best work outside of Game of Thrones,” and “the only thing wrong with Thandie Newton’s performance is that there’s not enough of it.” There is, however, the “absence of a majestic villain like Darth Vader.”

“This is a movie set in the universe of Star Wars that, for once, doesn’t feel it needs to be a rehash of Star Wars.” – Christopher Orr, The Atlantic

“The force is half-awake.” – Joe Morgenstern, The World Street Journal