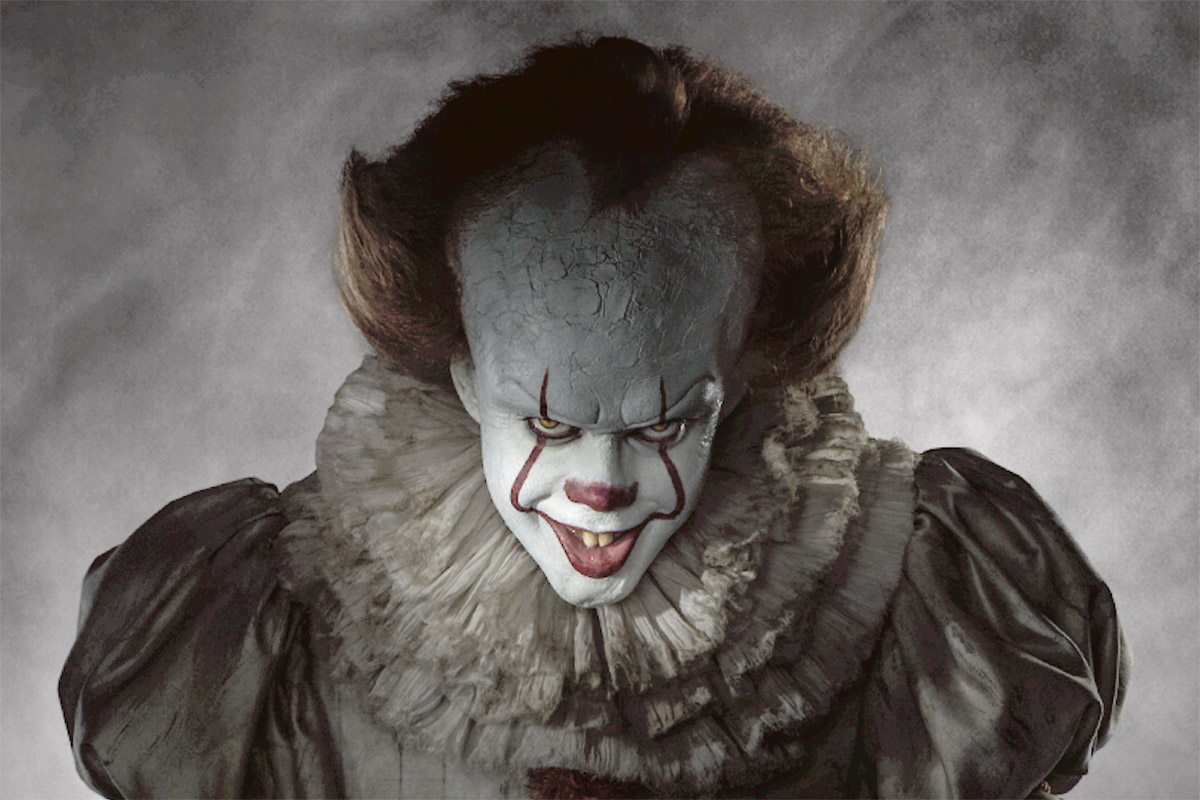 They’re not everybody’s cup of tea, yet horror movies such as those that make up the successful, ever-expanding Conjuring Universe (The Conjuring 1 and 2, Annabelle, and now, Annabelle: Creation) seem to constantly be sought after. A not so curious phenomenon that can, in fact, be traced back to the early age of cinema.

But why, if we focus on the emotions (fear, despair, and sometimes even disgust) this type of films trigger, do they still stir a desire in individuals to pay to see them in theater? The answer – surprising or not – has more to do with our profound needs as human beings than one might think…

Although it’s evident that our emotional response to fear is very personal and therefore varies between people (some crave it while others try to avoid it at all cost), it’s undeniable that it’s a feeling that affects everyone — Fear is universal.

One of the first to corroborate this notion, psychoanalyst Carl Jung, after years of research, came to the conclusion that horror touches on important archetypes or primordial images that reside in collective unconscious. What’s more, Greek philosopher Aristotle believed that the reason why audiences were attracted to scary stories was because it gave them a chance to purge their negative emotions, describing it as “the purging of the emotions of pity and fear aroused in the viewer.”

So, wether you like horror movies, or are among those who find them repulsive, the truth is that your sentiment results from the very same reaction, which is that they awake the fears you either try to repress, or rather challenge.

To understand this better, we need to see horror stories not for what they are, but for their true meanings. Jennifer Kent’s brilliant 2014 movie, The Babadook, was never just a film about a monster haunting a mother and her child, but, as critic David Ehrlich puts it in his interview with the director, “a hauntingly humane portrait of grief and repression in the guise of a ridiculous creature feature.” Ultimately, by drawing horror from life, Kent conveyed the idea that, if fear is a choice, it’s actually more dangerous not to choose it.

Stephen King, who some readers don’t even consider a great writer, nevertheless pens terrifying stories that meet with extreme success. “True compassion lies at the heart of horror,” understands King, who regards terror as “the finest emotion.” And the recent notable infatuation for his 1986 book’s upcoming new adaptation, It, demonstrates that genius perfectly. The reason why, after more than 30 years, the frightening tale of teenagers haunted by a demon remains so compelling is because it’s about so much more than just a scary clown.

“Fear isn’t so difficult to understand. After all, weren’t we all frightened as children? Nothing has changed since Little Red Riding Hood faced the big bad wolf. What frightens us today is exactly the same sort of thing that frightened us yesterday. It’s just a different wolf. This fright complex is rooted in every individual.” – Alfred Hitcock

Dr. Jeffrey Goldstein, professor of social and organizational psychology at the university of Utrecht in The Netherlands, conducted research projects that confirm this theory. “People go to horror films because they want to be frightened or they wouldn’t do it twice,” Goldstein writes in one of his papers. “You choose your entertainment because you want it to affect you. That’s certainly true of people who go to entertainment products like horror films that have big effects.”

Jung’s analysis of the matter digs even deeper by making a clear difference between psychological and physical terror. While jumping out of an airplane with a parachute on can really get your adrenaline going, a horror movie will do just the same. The only contrast is that psychological terror, as opposed to physical terror, relies more on our mental and emotional state by exposing common/universal psychological and emotional vulnerability/fears, ultimately revealing darker parts of the human psyche (repressed or denied).

In the end, it all comes down to what Jung called the “archetypal shadow” characteristics (the unconscious aspects of our personality): Suspicion, distrust, self-doubt and paranoia of others, themselves and the world. (Yep, it’s pretty grim.)

The power of death

“There is no more emotionally compelling narrative dynamic than death,” says screenwriter Scott Myers in an article for Black List‘s blog, GoIntoTheStory, called The Power of Death in Stories, emphasizing our obsession with death. Without doubts one of the most impactful mediums challenging life’s meaning by pushing the limits of the laws of nature, horror movies have the power to truly fascinate as well as terrify us.

Why do you think so many paranormal stories are captivating? To answer that question, let’s go back to what really propelled the famous Conjuring series. Although it has a lot to do with director James Wan’s outstanding ability to make spectators jump out of their seats, the main incentive behind the making and the appeal for the narrative that marked the beginning of the universe was that it was based on “real events”.

It took 20 years for The Conjuring, inspired by the non-fictional investigation of Lorraine and Ed Warren in the home of the Perron family in 1970, to be brought to the big screen. The project was actually motivated by Ed Warren himself, who after playing a tape of his wife communicating with spirits to a Hollywood producer knew how much the story would lure people into theatres if they made it a movie. And, man, was he right!

“Some people ask why people would go into a dark room to be scared. I say they are already scared, and they need to have that fear manipulated and massaged. I think of horror movies as the disturbed dreams of a society.” Wes Craven

What happens after we die is probably the most haunting question in the history of men. That’s why ghost tales intrigue us so much. So when a movie like The Conjuring or Amityville proclaim what we’re about to see – although spiced up for entertainment purposes – is based on something that truly happened, you bet we’ll be curious!

Gore vs. psychological terror (and why unrealism is so important)

Not every sort of horror movies fits in the same category. For instance, gory productions like Hostel, Saw, The Descent, or The Human Centipede attract an audience with slightly different motives. Why? Because they trigger something else in the mind of those who enjoy their chronic visual violence – something called “morbid fascination”.

In 2014, Scientists from the University of Central Florida Indiana discovered that morbid fascination for gruesome films was a physiological reaction. “We pay more attention once disgust is introduced,” said one of the researchers. “We remember the content with disgust better, making it a smart device for content creators to use, in moderation.” (Conclusion: We’re not particularly fond of it, but we can’t help but watch.) “Disgust, it is argued here, makes us feel bad – but it has functionally evolved over time to compel our attention, thus making it a quality of entertainment messages that may keep audiences engrossed and engaged.”

To go further and better understand the study’s findings, it’s important to remember the 3 primary factors that make horror films alluring: Tension, relevance, and most importantly, unrealism. In 1994, another research project focused on our reaction to disgust and why unrealism is essential to the enjoyment of gory movies. For that, scientists exposed college students to 3 videos depicting real-life horrors involving animals and even a child going through horrid experiences. 90% of the subjects turned the videos off before it reached the end and even those who watched them entirely found the images “disturbing”. Yet, many of them would still think nothing of paying money to attend the premiere of a new horror film with much more blood and gore.

In 1998, one of the researchers who ran the study deduced that what drove this contradictory behavior was the fictional nature of horror movies, as it offers a sense of control by placing psychological distance between the audience and the violence. Most people understand it is unreal. “There is evidence that young viewers who perceive greater realism in horror films are more negatively affected by their exposure to horror films than viewers who perceive the films as unreal,” the findings said.

“I’d love to see us get to a point where you can go to theaters and see movies unrated and that people know its not real violence. It’s all pretend. It’s all fake. It’s just acting. It’s just magic tricks.” – Eli Roth, creator of the Hostel series and some of the most disturbing movies ever

A good example of why unrealism is crucial is the controversy that followed the release of Ruggero Deodato’s film Cannibal Holocaust in 1980. Reactions to the particularly brutal film were mixed. And when some viewers felt like the realism of some scenes was too much to bear, a growing amount of complaints led the movie to be seized by the court and banned. Eventually, Deodato was arrested and charged with obscenity and even murder untill he proved and showed evidences that his actors were not actually dead. Many years later, and now that we know none of it was real, Cannibal Holocaust is considered by many to be one of the best horror movies of all time.

Just like the reason why we go on roller coasters, jump out of airplanes and drive fast cars, we watch horror movies because they give rise to some of our most repressed emotions and as a result make us feel alive and, above all, in control. 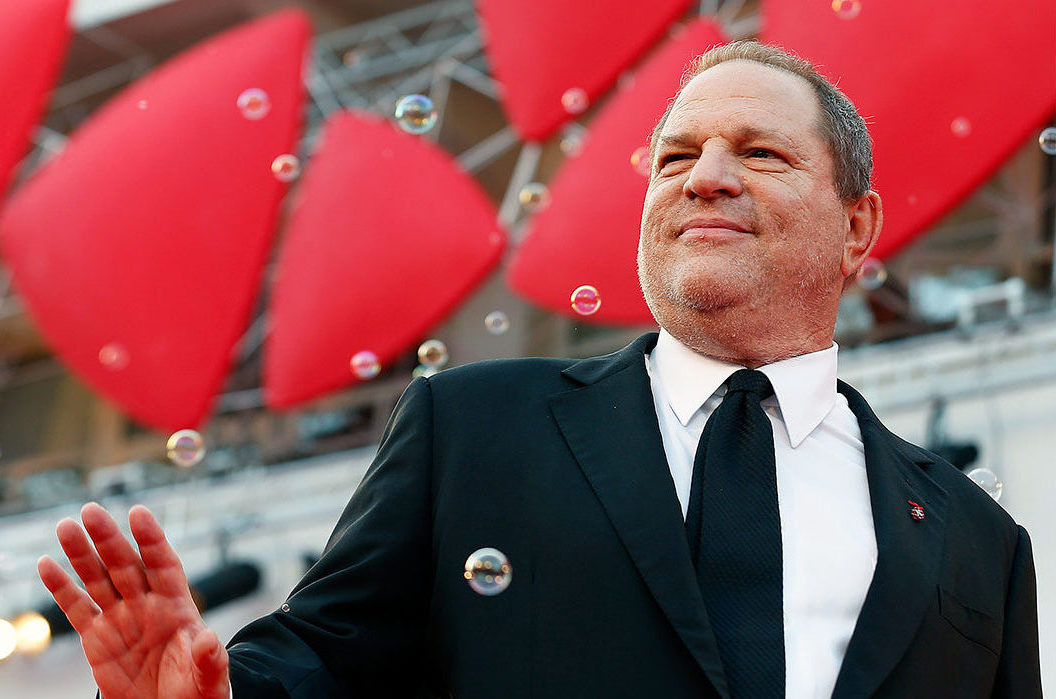