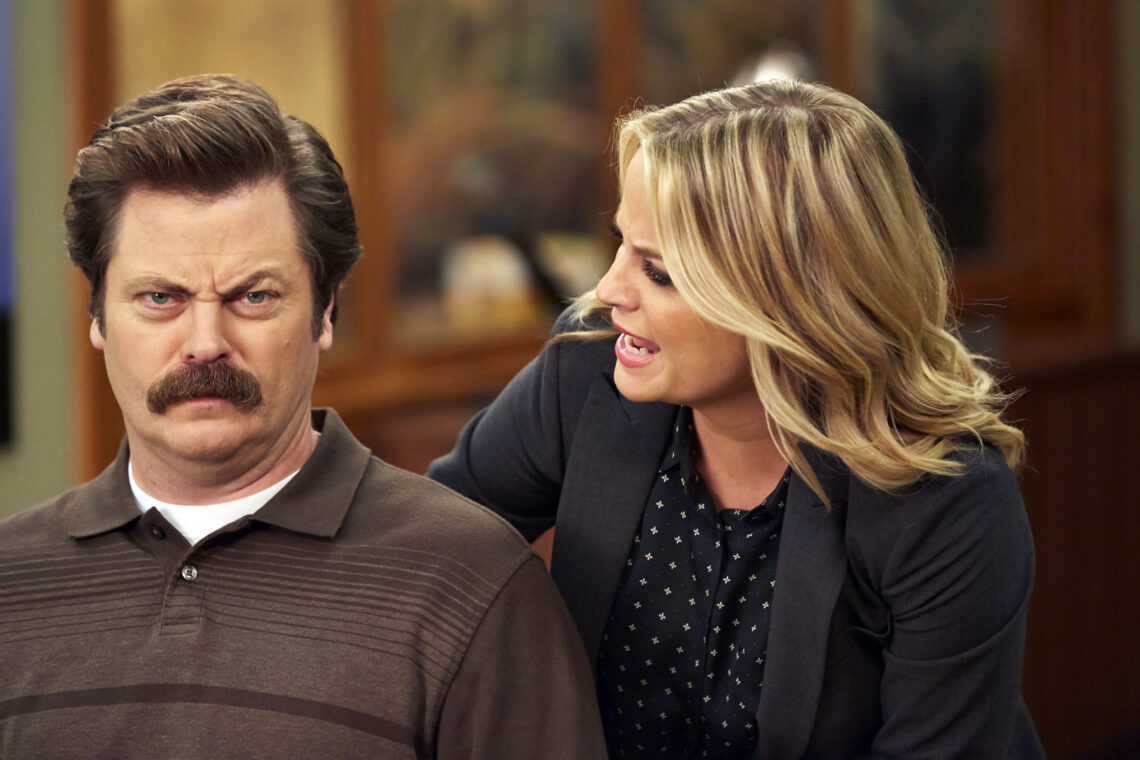 Our favorite movies and tv shows just wouldn’t be as cult as they are today without them. That’s why we decided it was about time to pay homage to the actors and writers who brought to life (some of) the best supporting characters ever.

It’s hard to imagine The Office (US) without the unreserved, diabolical beet farmer and salesman, Dwight Schrute. After all, what would Pam and Jim do all day if they didn’t have their stiff colleague to pull pranks on? (Which, incidentally, make for many of the greatest scenes in the Emmy-winning NBC series.)

Portrayed by Rainn Wilson, the character is based on Gareth Keenan (played by Mackenzie Crook) from the original British version of the show created by Ricky Gervais in 2001 (Crook’s character being a much milder version of his American counterpart).

Wilson originally auditioned for the role of Michael Scott, but as fate would have it, he gave a much more impressive performance as Dwight in the eyes of the casting directors. So from 2005 – and after asking his barber for “the worst haircut possible” – he began a unique journey delivering his most famous performance to date. And he made Dwight so popular that it later earned him a place in TV Guide’s top 100 characters in television history (not to mention three Emmy nominations).

In the end, Schrute was such a hit among The Office (US) fans that he got really close to getting his very own spin-off series called The Farm, which already has a pilot in the form of the seventeenth episode of the show’s final season.

His best quote: “Whenever I’m about to do something, I think ‘Would an idiot do that?’ And if they would, I do not do that thing.”

It’s undeniable that the most interesting characters are those that aren’t one-dimensional. Even though Dwight Schrute and Ron Swanson are both personas that have stirred controversy for their conservative and sometimes misogynistic views, they are on this account fascinatingly complex.

Now a true pop culture legend, Swanson, brilliantly portrayed by Nick Offerman, loves whisky, meat, hunting, and is highly skilled in woodworking. He also has a clear disregard for socializing, the government and his job (which is in the government). And to the character’s probable dismay, creators of the show, Greg Daniels and Michael Schur, revealed that Swanson was actually inspired by a real-life elected Libertarian woman from Burbank, California, who herself did not believe in her job’s mission.

Over seven seasons, Swanson gradually became the perfect antagonist to hard-working and resolutely optimistic lead character Leslie Knope (Amy Poehler), which led to hilarious, endearing and unforgettable scenes. The press later called him “one of the more inspired sitcom characters of the last decade” who will “go down in TV history as one of the all-time comedy greats.”

His best quote: “The less I know about other people’s affairs, the happier I am. I’m not interested in caring about people. I once worked with a guy for three years and never learned his name. Best friend I ever had. We still never talk sometimes.”

Bonus: Watch this 10-hour-long video of the character nursing a glass of whisky by a chimney fire (the only background tv you need, in our opinion).

Eccentric with psychopathic tendencies, the whacky hit-woman rapidly develops an obsessive relationship with Eve (Sandra Oh), the investigator in charge of putting her behind bars, prompting a series of delightfully bizarre stand-offs.

The character of Villanelle (a.k.a. Oksana Anatolyevna Astankova) was created by British author Luke Jennings in his 2018 novel Codename Villanelle, which BBC America adapted into a TV series written by no other than queen of tragicomedy, Phoebe Waller-Bridge. The Fleabag creator said that she often asked herself “What would you do if you weren’t afraid?” in order to build the character, adding that Villanelle only does “things that might bring her joy”, even though she secretly wishes she could have a simpler life like Eve’s.

Described as a #MeToo era disruptor who exploits society’s misogyny to her advantage, Villanelle has not only become a fashion icon showcasing countless stylish and extravagant looks, but also a pop-culture feminist and LGBTQ symbol.

Jodie Comer’s outstanding performance as Villanelle eventually won her a BAFTA and an Emmy.

Her best quote: “You should never tell a psychopath they are a psychopath. It upsets them.”

What would The Big Bang Theory and Jim Parsons (who portrays him in the hit CBS series) be without Sheldon… If it wasn’t for the genius physicist with zero social skills, it’s fair to say that the show (and Parsons’s career) wouldn’t be the worldwide success it is today.

Inspired by a computer programmer known to co-creator of the show, Bill Prady, the now legendary character was named after actor Sheldon Leonard and Nobel Prize laureate Leon Cooper (no pressure). And although Johnny Galecki was originally meant to play the role, Parsons masterfully earned it after an audition that left the producers stunned. So stunned, in fact, that they later asked him to re-auditioned “to make sure he hadn’t gotten lucky.”

The rest, as we know, is history: 279 episodes, four Emmys, a Golden Globe, two Critics’ Choice Awards, one spin-off series, an asteroid, bee and monkey named after him (yep)…

Praised for “making intellectualism admirable, even heroic” by the press, Sheldon Cooper offered audiences around the world a character that – despite having nothing going for him apart from his intellect – people grew to love, and whose popularity and influence remain undeniable. Many (including the actors of the show) later noted that Sheldon’s behavior had similarities with Asperger Syndrome.

Initially written as a recurring character in the first season of The West Wing because the production team wasn’t sure whether she was here to stay, Donnatella ‘Donna’ Moss (played by the gifted and witty Janel Moloney) quickly became a series regular – and for good reason.

Even though every senior staff’s assistants are given background stories and share scenes with the leading cast throughout each season, Donna was in a different league from the get-go. The senior assistant to the White House Deputy Chief of Staff, Josh Lyman (Bradley Whitford), or as she likes to call herself, “Deputy Deputy Chief of Staff”, is a smart, quick-witted character that brings a spark of comedy to all her scenes.

And let’s not forget about her will-they-won’t-they romantic relationship with Josh, which leads to some of the most charming and amusing scenes of the series. A light-hearted vibe more than needed in a show that touches upon moral values, poverty, education and nations on the brink of war.

Creator of the series, Aaron Sorkin, credits Moloney for building herself into one of the leads of the show. “She was in all 22 episodes of the first season, but each week never knew if she was gonna be in the show the next week,” said the screenwriter. “Janel built her role from scratch, basically.”

And just as inspiringly as Moloney, Donna – who starts at the bottom in season one (even though she had no experience, her audacity landed her the assistant job) – eventually demonstrates that she has become a crucial part of The White House across the show’s seven seasons, ultimately landing the senior position of First Lady’s Chief of Staff.

Her best quote: “I think I can be good at this. I think you might find me valuable.”

The Joker (The Dark Knight)

This one hardly needs an introduction. Created in 1940 by Bill Finger, Bob Kane and Jerry Robinson, the comic book villain has been portrayed by a plethora of fabulous actors over the years, including Jack Nicholson, Mark Hamill, Jared Leto and most recently, Joaquin Phoenix. But looking back, there will always be one that stood out for fans and movie buffs alike…

Released six months after his tragic death in 2008, The Dark Knight had laid the groundwork for an incredible acting career for Heath Ledger. From the start, director Christopher Nolan knew there was something special about Ledger when he decided to approach him about the role in 2006 despite having a long list of big names to choose from.

Blessed with a lot of creative freedom, Ledger built his character from the ground up by isolating himself and trying to shape and understand his personality, voice and physical expression. “Heath spent months and months [preparing],” said Nolan. “We cast him even before the script was written so he had a very long time to obsess about it, think about what he was going to do, to really figure it out.”

Recognized with a posthumous Academy Award and Golden Globe for Best Supporting Actor, Ledger delivered a timeless, complex, show-stopping and unparalleled performance whose legacy will continue to influence villain characterizations and feed our obsession for antagonists for years to come.

His best quote: “Do I really look like a guy with a plan? You know what I am? I’m a dog chasing cars. I wouldn’t know what to do with one if I caught it! You know, I just… DO things.”

Young but lethal, Mindy McCready (a.k.a. Hit Girl) is arguably the true hero of the Kick-Ass franchise. Without her, there wouldn’t really be a Kick-Ass to begin with.

Trained by her father Damon McCready (a.k.a. Big Daddy) from a very young age, she is a savage martial arts expert who fears nothing and doesn’t shy away from extreme violence. After her dad’s death, Mindy turns to revenge, causing her to cross paths with Dave Lizewski, an ordinary teenager turned amateur vigilant. From then, she trains him to become a real superhero and takes him on a hunt for the criminals who burnt her father alive.

Originally a comic book character created by artist John Romita Jr. and writer Mark Millar, Hit Girl is portrayed by the super-talented Chloë Grace Moretz on the big screen. Moretz, who was barely twelve at the time of filming, went through intensive training to embody the memorable role, and ended up performing 90% of her stunts. “Except the big, big stunts, which I probably could have done, but we legally couldn’t do them for insurance, because it was too risky,” specified the actress in a later interview.

Hit Girl’s appearance made such an impact on audiences that she features in her own comic book series since 2018 and came very close to star in a spin-off solo movie. 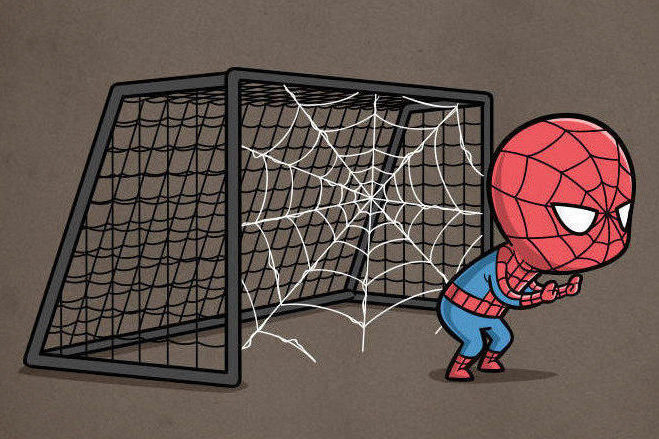 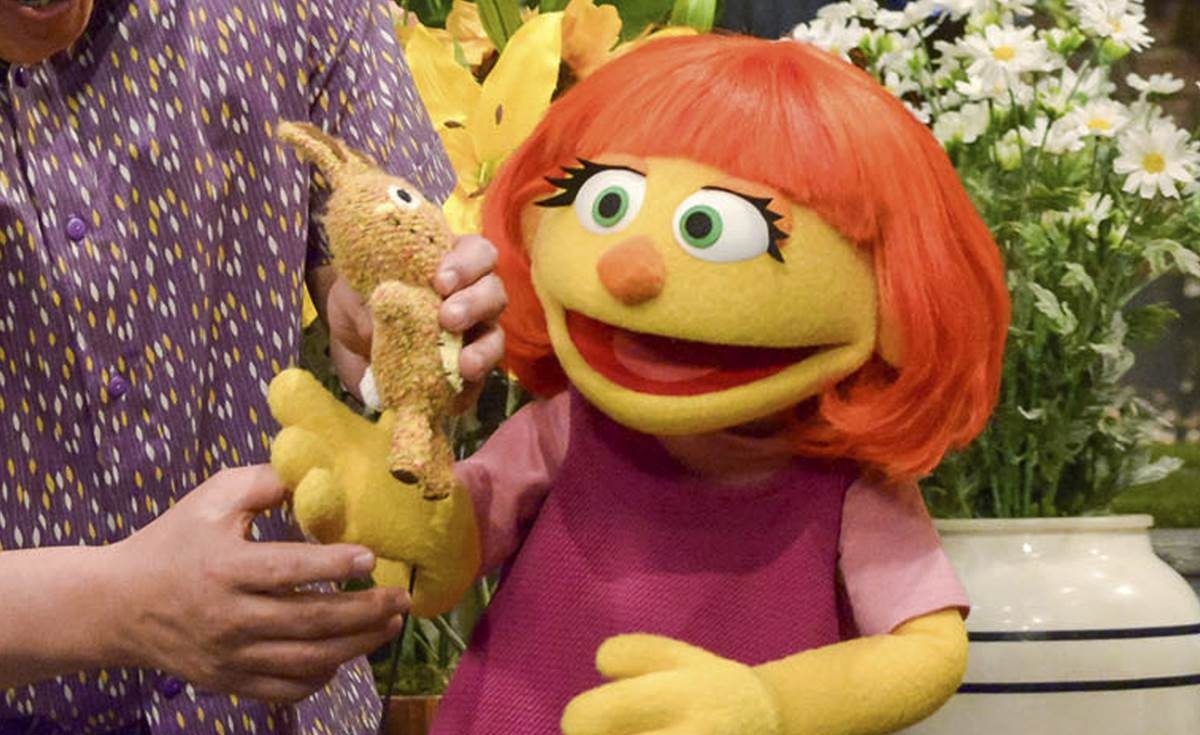 Sesame Street Will Soon Welcome Its First Character With Autism 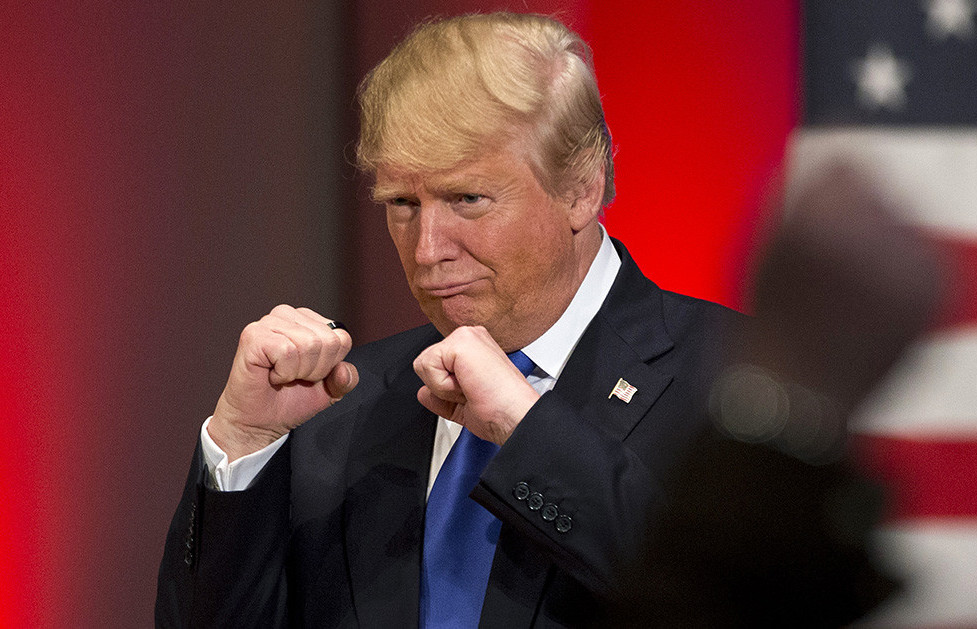