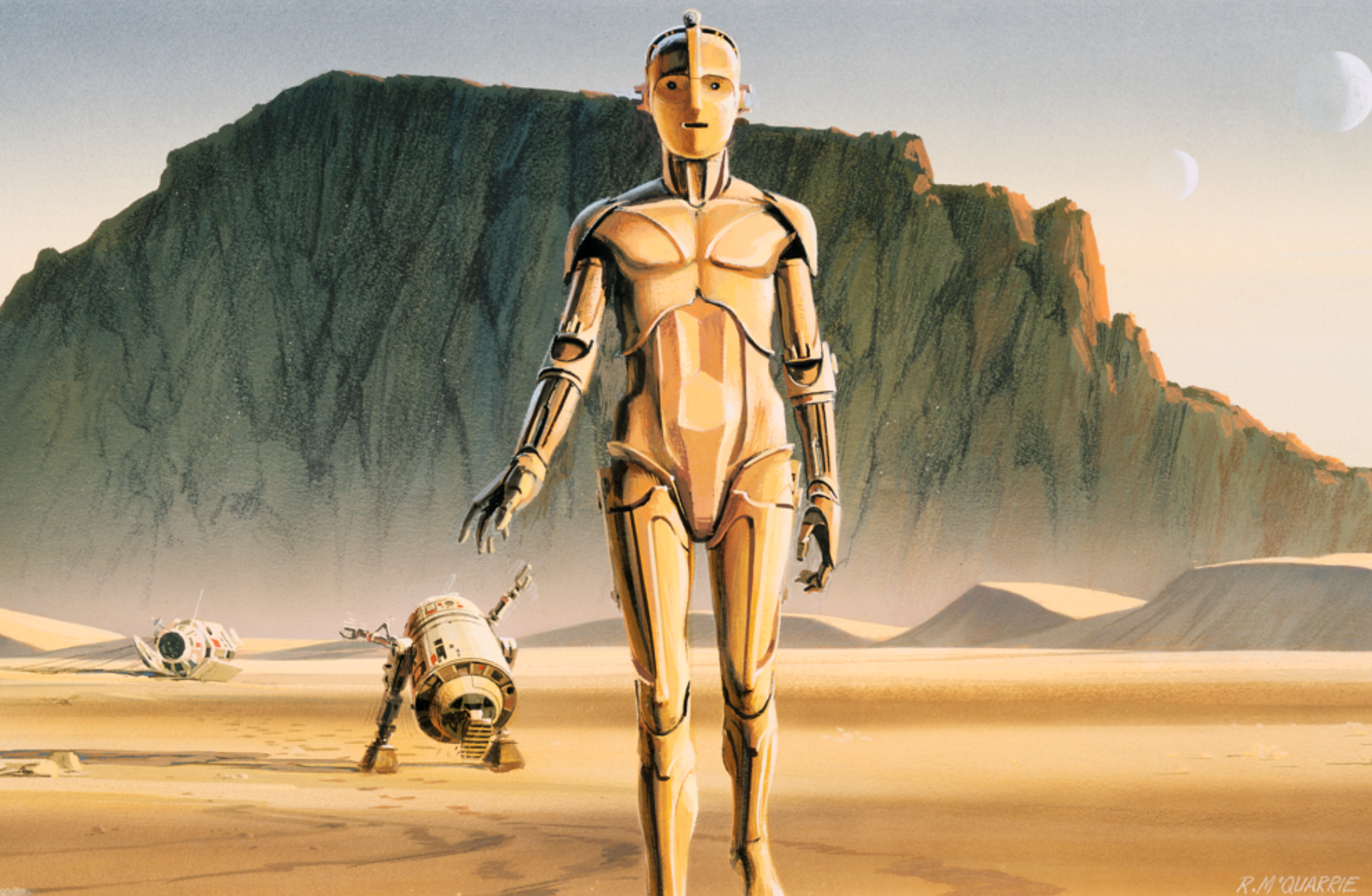 When studying Ralph McQuarrie’s concept art commissioned by George Lucas in 1975 to illustrate his then Star Wars project, what first comes to mind is how different the saga could have looked like, but mostly how strikingly it inspired (and still does) the decades-old space saga, visually.

Back then feeding his imagination with the first drafts of the script, McQuarrie let it run wild, bringing color and shape to characters like Luke Skywalker, Princess Leia, C3PO, Chewbacca and the whole sci-fi universe that would surround them. The result, although it diverges from the final productions, turned out to be an essential source of inspiration for Lucas, who was in much need of some concrete vision as part of his creative process as well as to convince 20th Century Fox to finance his series of movies.

Because of many re-writes and some important questions left unanswered by the director at the time, McQuarrie did his best to fill the gap in his mind to illustrate the galaxy far, far away, which generated a perspective sometimes unlike fans of the franchise have ever seen, but for the most part, noticeably familiar.

George Lucas is said to have been so attached to McQuarrie’s illustrations that he attempted to create shots that would reproduce them exactly. As for the artist, his work on Star Wars would mark the most renowned undertaking of his entire career. “I thought I had the best job that an artist ever had on a film, and I had never worked on a feature film before. […] I still get fan mail — people wondering if I worked on Episode I or just wanting to have my autograph,” he said.

A master of perspective, McQuarrie gave Darth Vader a presence that would completely dominate his adversaries and even surroundings. 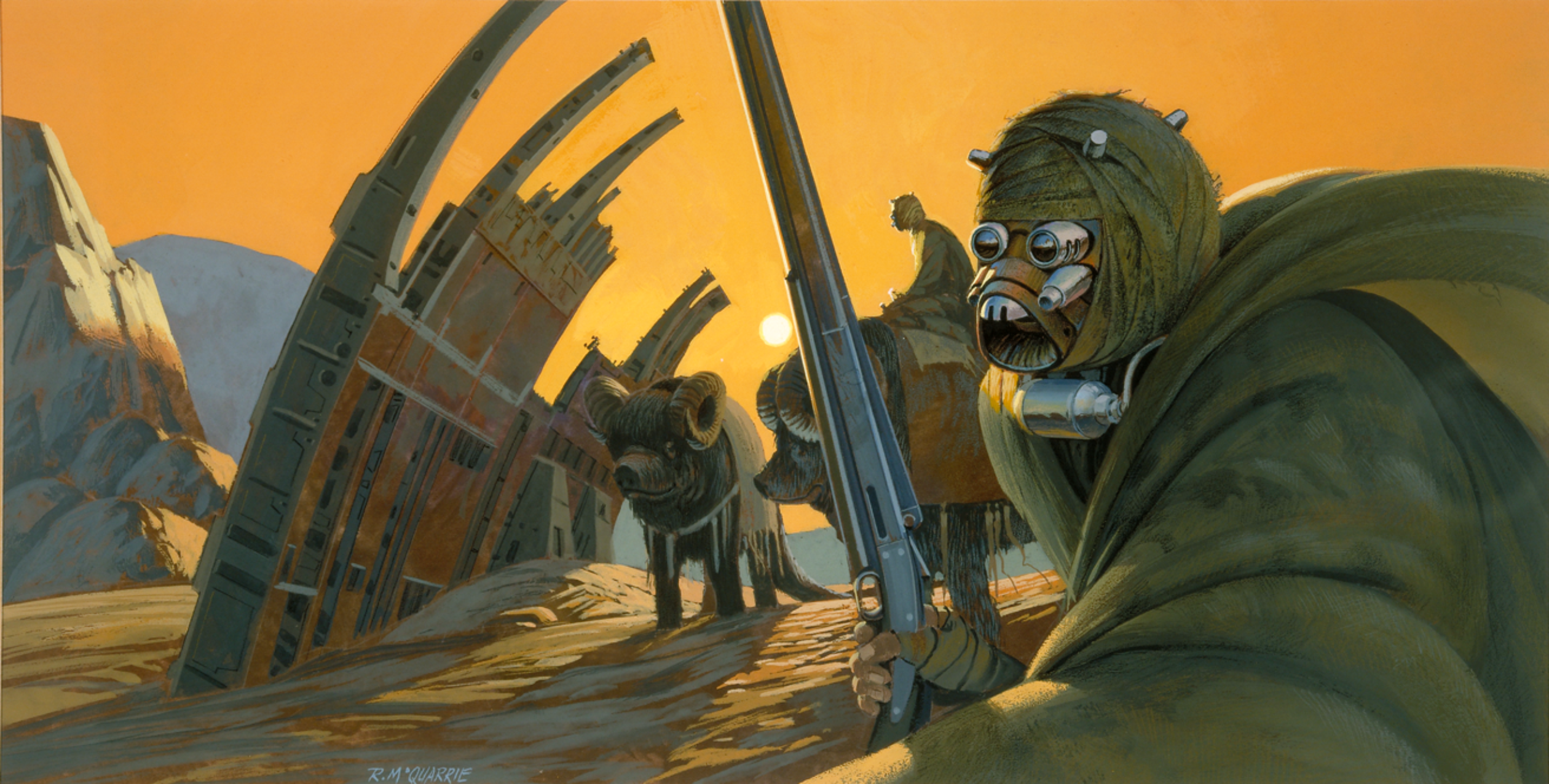 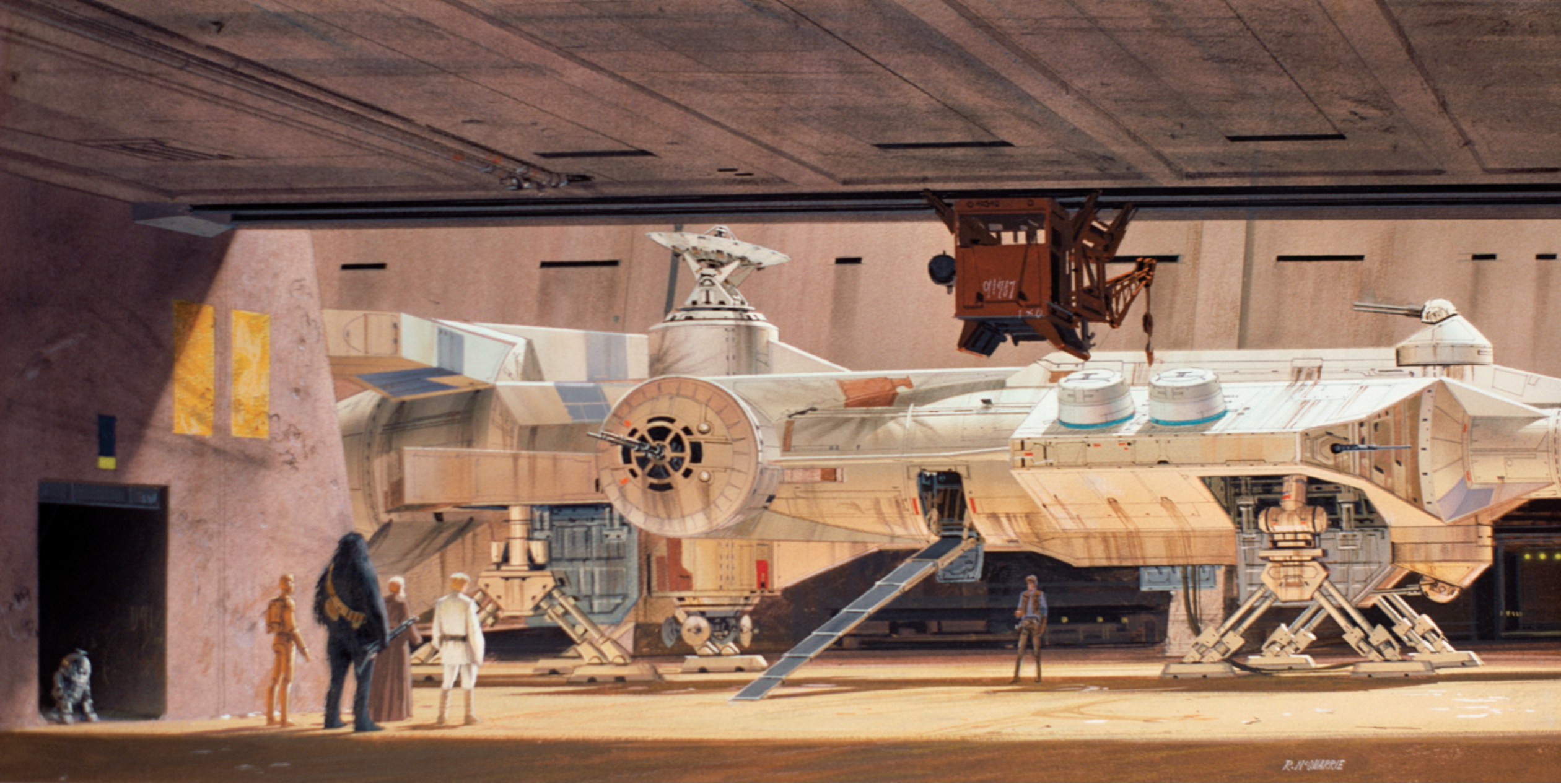 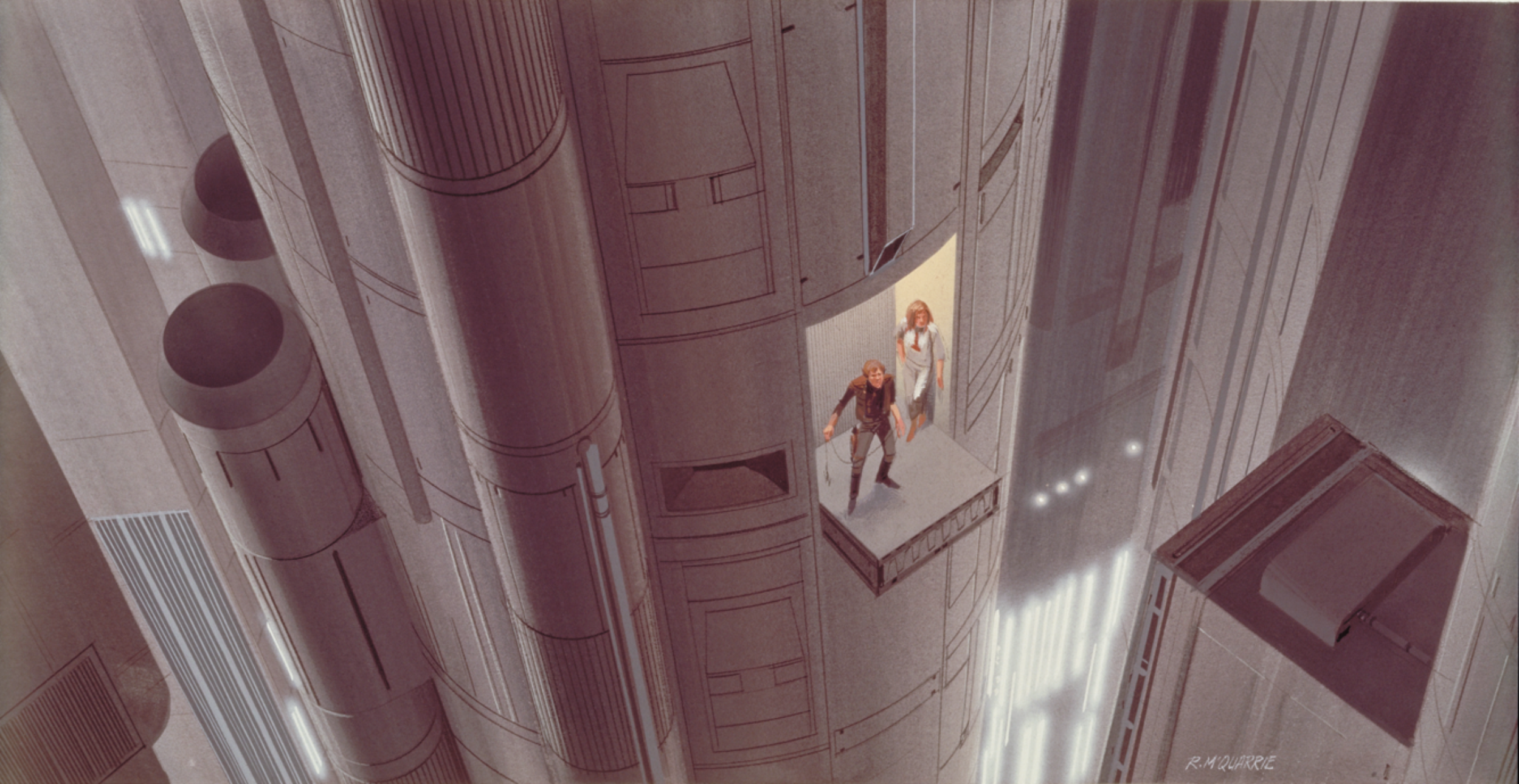 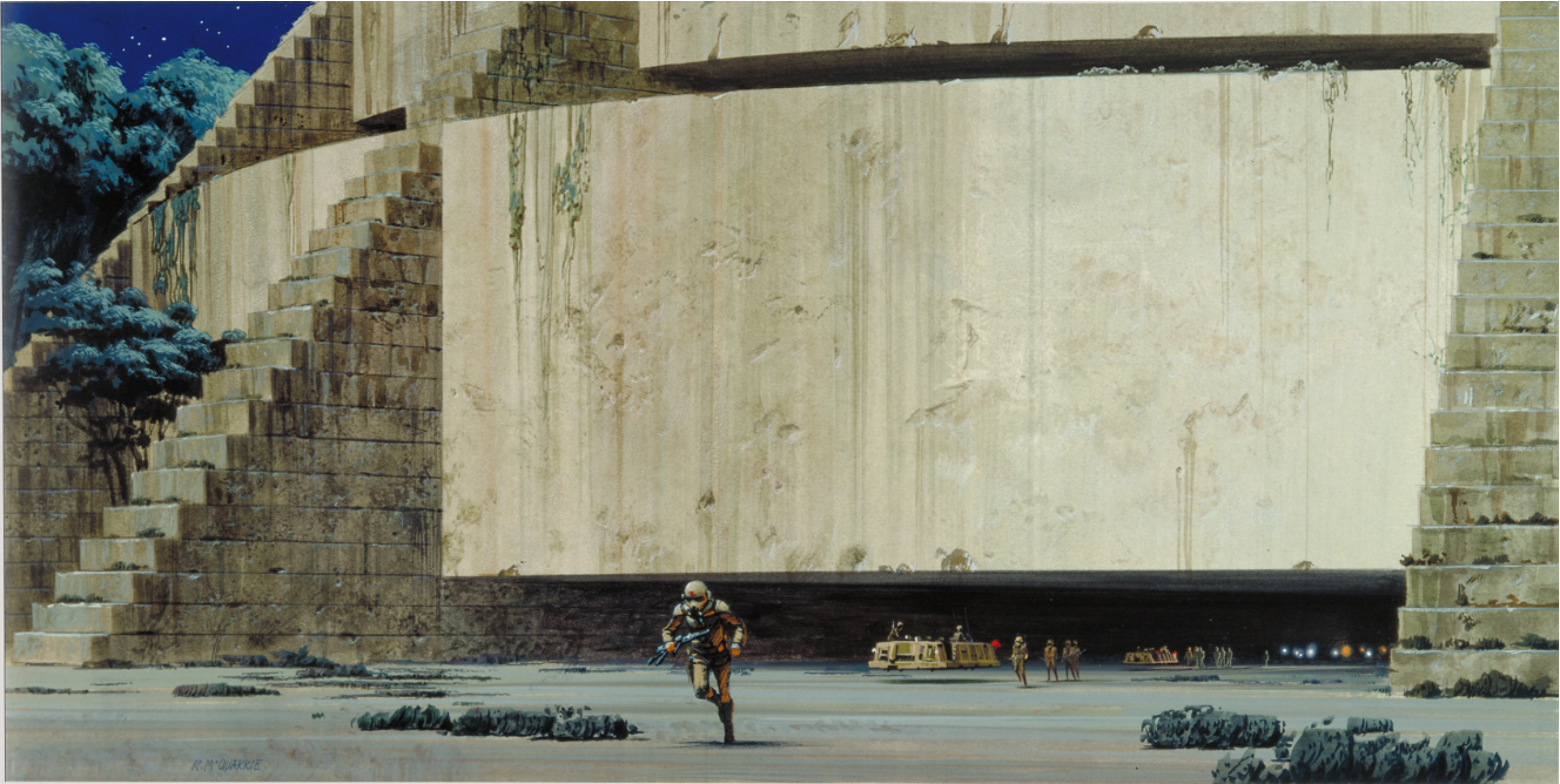 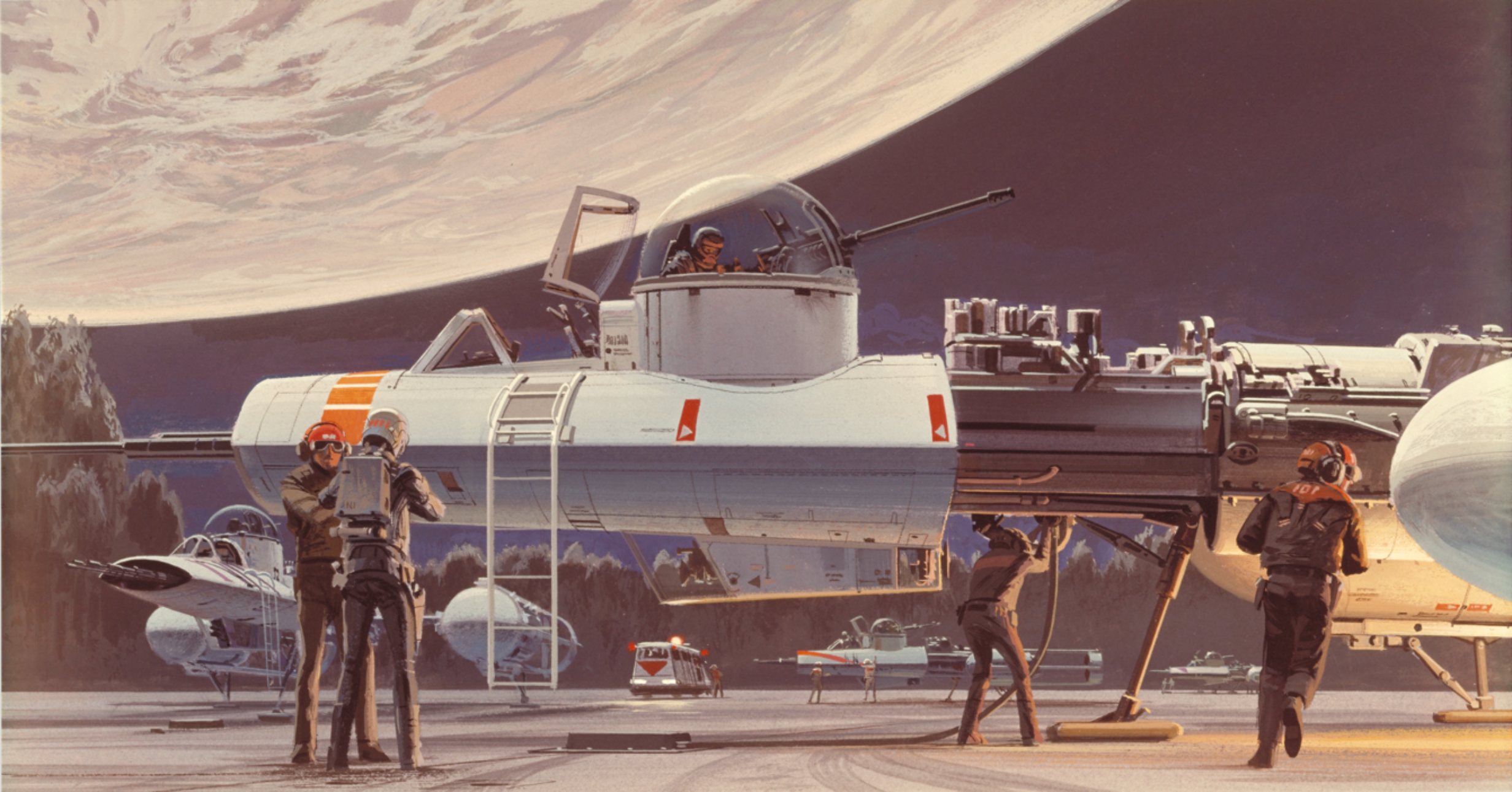 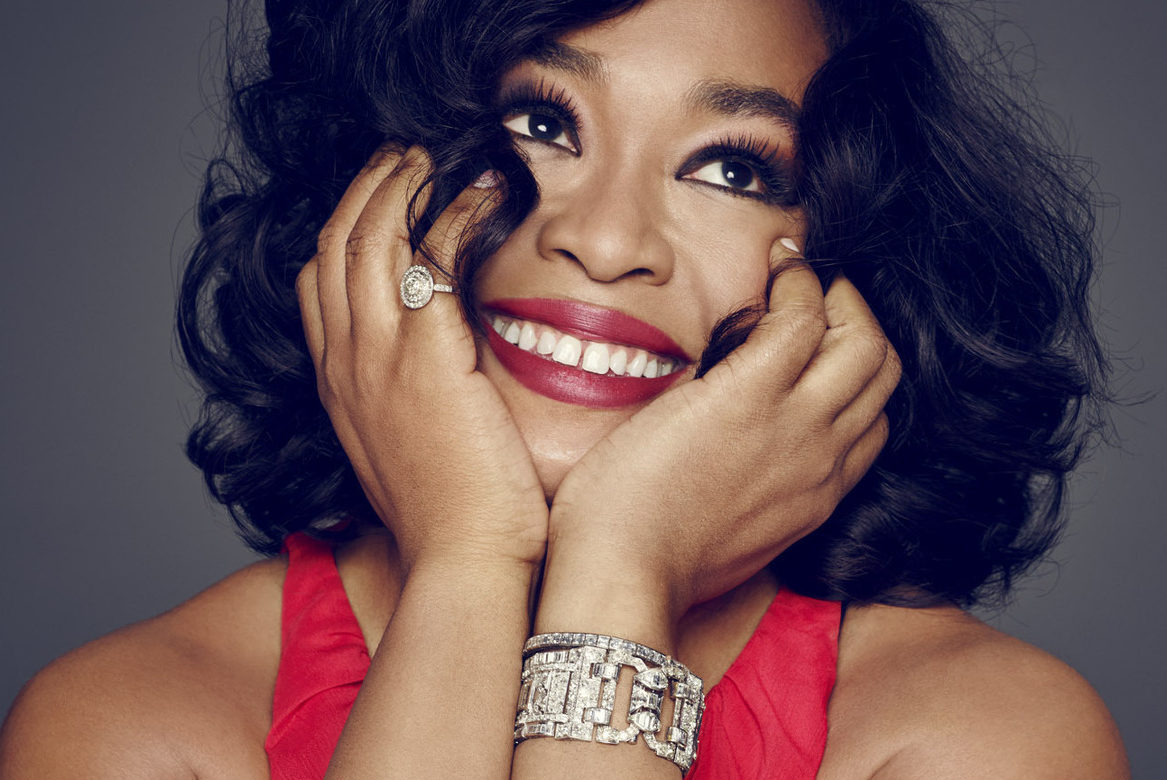 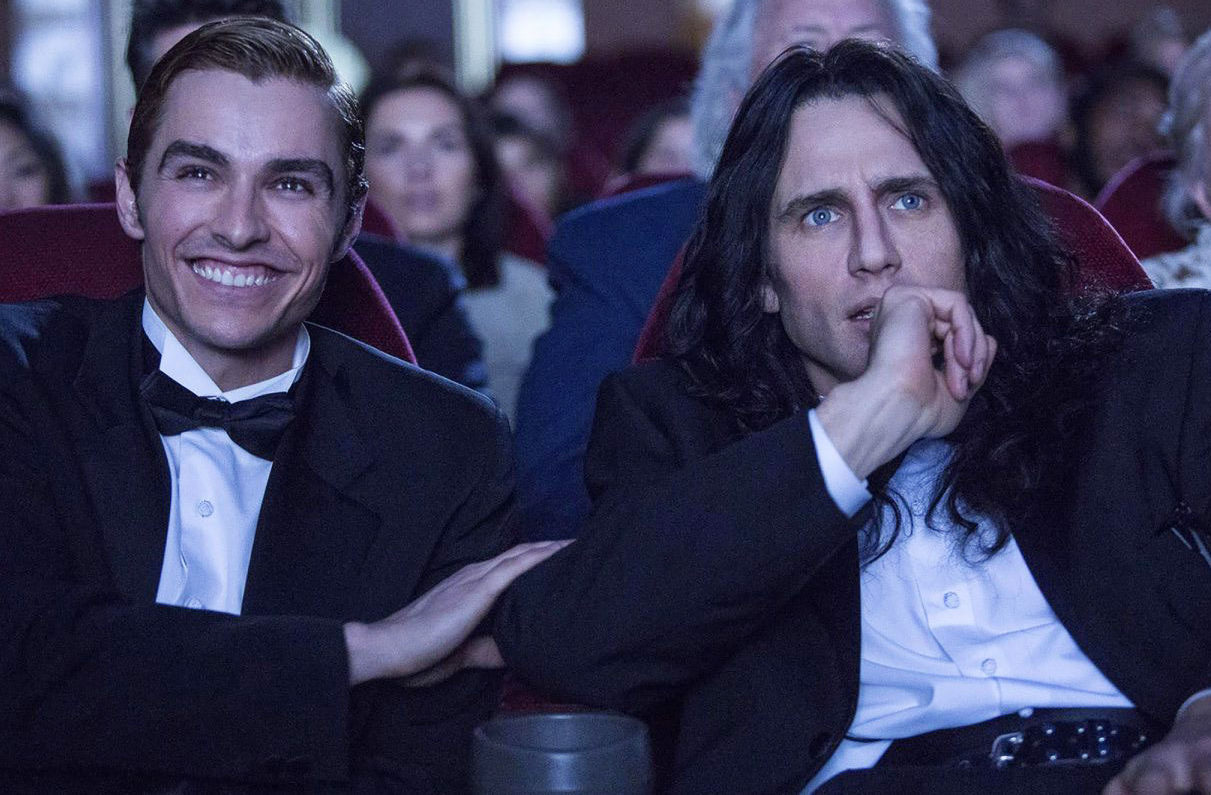 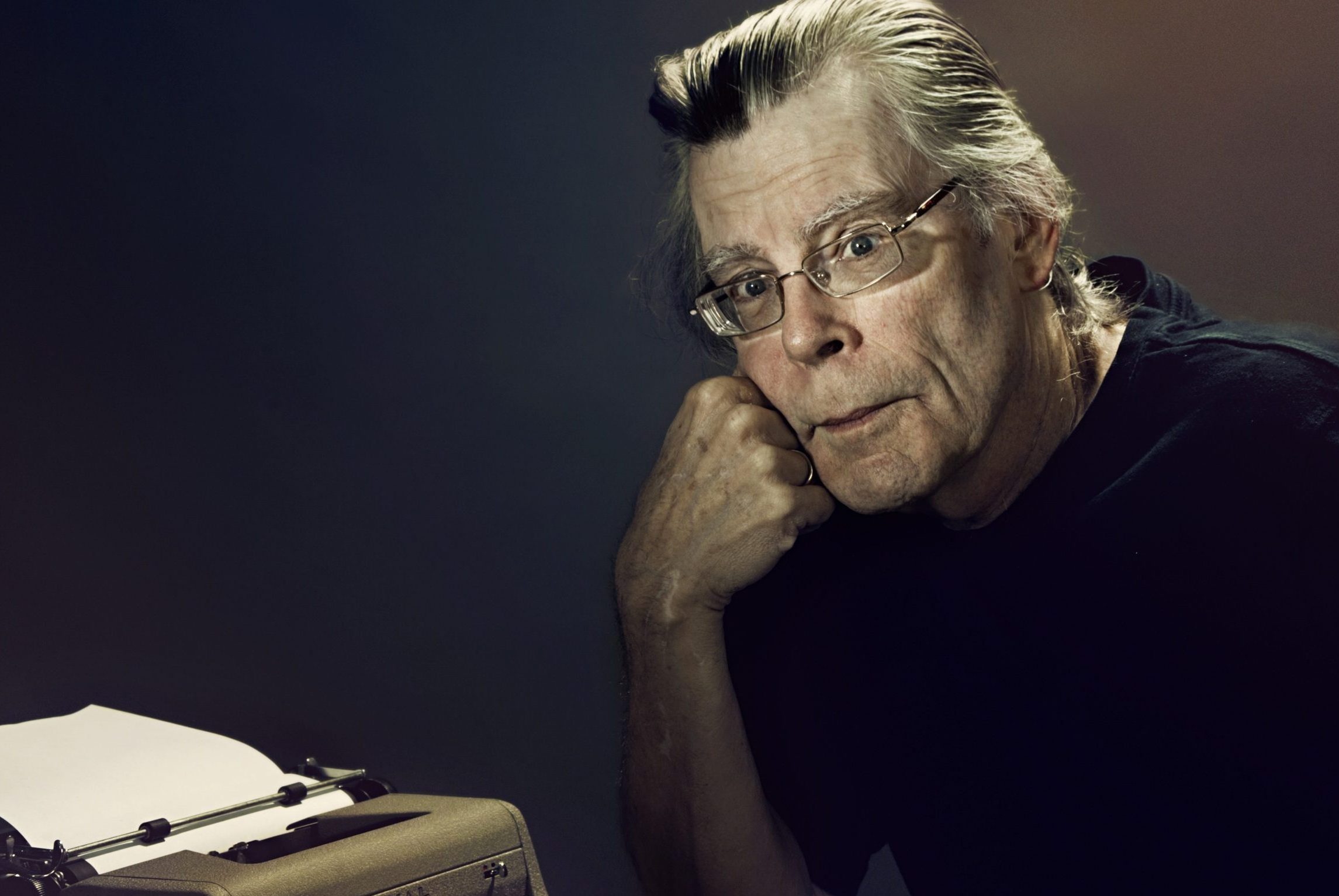 The Best Movie Adaptations of Stephen King’s Work (So Far)