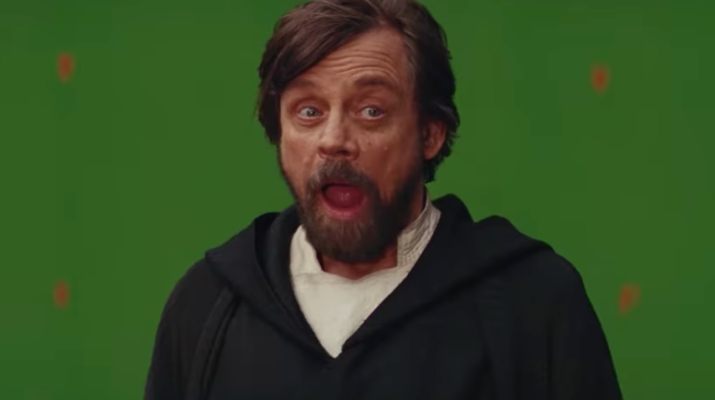 Never will we underestimate Oscar Isaac’s talent and ability to receive a brutal slap (given by Carrie Fisher, who did NOT hold back) in the face – about 40 times – like a pro after watching the blooper reel from Star Wars: The Last Jedi, below.

Among other little pleasures offered by the behind-the-scenes video, we find the ever-charming John Boyega fooling around on-set, Daisy Ridley hardly keeping a straight face while rehearsing with Adam Driver, and of course, Mark Hamill just being Mark Hamill…

For those who couldn’t see the epic sequel in theatre, Star Wars: The Last Jedi is now available in Blu-Ray and Digital, and something tells us there might be more special features like this one awaiting!

In the meantime, get a closer look at the filming of Star Wars 8 with a sneak peek from the set with director Rian Johnson and a spectacular behind-the-scenes featurette released just a few months before the movie came out on December 15.