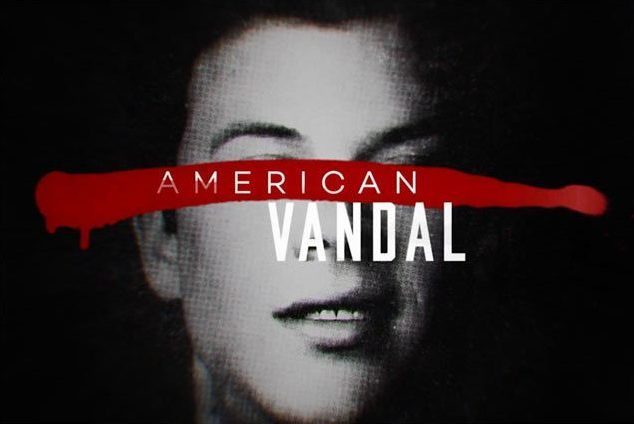 Well… There isn’t really a subtle way to say this, so we’ll just go straight to the point: Netflix has been developing a true-crime series about a teenager (wrongly) accused of spray-painting dicks at his high school (told ya…).

Openly introduced as a mockumentary, the satire called American Vandal is, if we may say, a ‘ballsy’ move from Netflix, which clearly aims at scoffing at acclaimed provocative docuseries investigating real criminal cases that helped build its own reputation (Making a Murderer, Amanda Knox, and The Keepers, to name a few).

It remains to be seen if Netflix’s parody will have more than one season. The future of the series will obviously depend on whether or not the “Who drew the dicks?” mystery succeeds in grabbing the audience’s attention for more than one episode… Which, we’re not going to lie, already seems like quite a challenge!

American Vandal is set to premiere on Netflix on September 15.